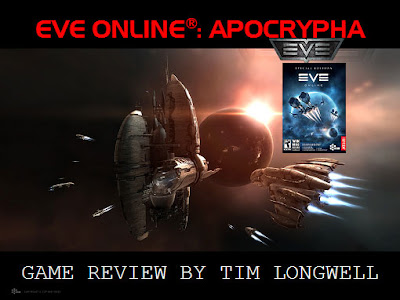 Have you ever wanted to fly in space with your own spacecraft, whether battle cruiser, destroyer or battleship? Maybe own and operate your own major corporation including owning your own space station? Perhaps mine far off asteroids for profit? Possibly become the scourge of outer space as a space pirate, pillaging and plundering unsuspecting spacers as you attack with stealth dropping the cover of your cloaking device, trapping them in a tractor beam, then holding them hostage for ransom or destroy them at will, salvaging what was left after the explo-sion?
That is just a few of the things you can do with EVE ONLINE®: APOCRYPHA , the latest expansion release of the space adventure Massive Multiplayer Online (MMO) from CCP™. For those new to the EVE ONLINE® universe, for a mere $39.95 you can now, for the first time, purchase the game on DVD for PC and MAC from Atari Interactive. 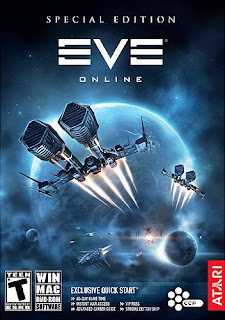 The Retail version includes:
Game Installation Disc: all 10 expansions up to APOCRYPHA.
Downloadable “Interbus Shuttle” Space Vehicle: A unique ship—exclusive to the retail product.
60 Days Playtime: Twice as much bonus as most major MMO’s.
Extra Standing Points: Retail players receive accelerated access to massive content available in the EVE ONLINE® APOCRYPHA universe.
Strategy and Ship fitting guide: Inside tips and tricks to get new players into the game quickly.
Not interested in the extra bonuses or don’t want to purchase the DVD? You can download the 2GB file from https://secure.eve-online.com and begin your journey in EVE ONLINE® immediately. After your 14-day free trial you can pay just $19.95 USD (includes the rest of the first month of play) and continue to play for the monthly subscription fee of $14.95 a month.
On entering the game you will be presented with the choice of unmatched versatility in game play: your destiny is uniquely yours, with more than 12 different bloodlines within 4 races to make your own character: 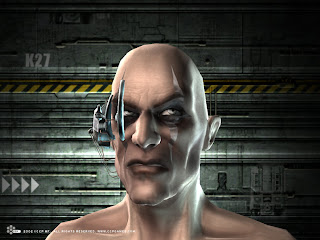 Amarr: The longest tradition of interstellar conquest, they are a race steeped with religious fervor and strong traditions. 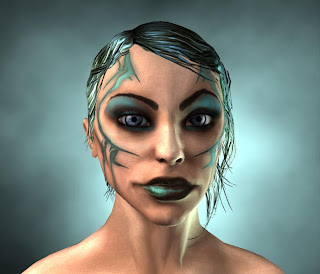 Gallente: Economically cunning of the bloodlines, Changing Alliances in the blink of an eye. 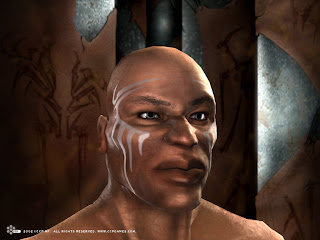 Minmatar: Suffering hundreds of years of persecution and enslavement, they have become the toughest of races, their natural instincts to fight born out of their turbulent history. 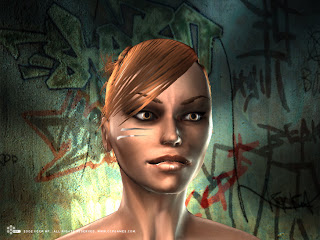 Caldari: An entire state organized for profit and determined to seize power by any means necessary.
After choosing your race you can select skills to start with in your new spacer career. Finally, pick your gender. On completion of character creation, you will be placed in a starting academy space station in dock. On exiting the station, the tutorial begins you on your way to under-standing game play. 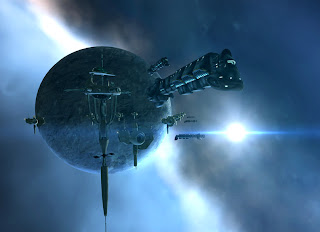 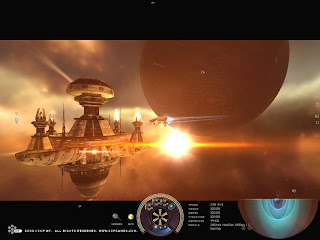 If you enjoy Player vs. Player (PVP), in EVE ONLINE® PVP is based on your skill, not just your skill level: Tactics and strategy are the name of the game. The quicker you grasp warfare techniques, the faster you’ll prevail in space battle With the most intense PVP interface, the Award-winning PVP, ship-to-ship combat engagements that risk some of the most severe death penalties of any MMO. You can die out there even to the point of losing some of your skills if you don’t keep your clone insurance updated with your skill level. 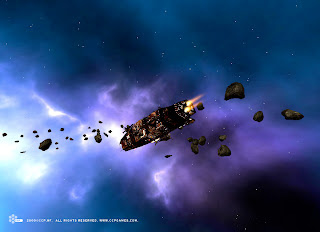 Tired of never finding anyone online on your server in another like in some other games?
Not a problem with EVE ONLINE®. Since it uses only one main server with digital hard drive technology and more than 220,000 players from all around the Earth (all on one server), you can usually find an average of more than 40,000 players regularly online at any time within the single-shard, persistent universe.
As the EVE ONLINE® universe grows, you’ll never be charged for any EVE ONLINE® expansion; they’re included in your subscription benefits. The dynamic economy and market is entirely built; ran and operated by the players, from the manufacturing of ships and equipment, to trading in commodities, and the construction of space stations.
Not a power gamer? No problem with EVE ONLINE®. Learning skill books does the training. Each level of training takes successive time to train, and your training continues even if you are off-line for the entire time it takes to learn that trait. You will eventually be ready to expand your journeys through the EVE Universe and explore it in full and with the ever-expanding arsenal, you can modify your character, ship and playing style to best fit your needs at any given time.
Not to worry, the seemingly daunting size or opportunities when you begin your journey the space is all explained in the tutorial. You won’t have to do all these things at once when beginning. You can start slowly with the step-by-step tutorial to help you understand everything about the world of EVE ONLINE®. In fact, you are encouraged to start with the tutorial and well advised to do so. Not only will it help you understand how to maneuver your ship in space, along with be shown how to use the different elements of the game, you will find yourself with a fair amount of Isk (funding system in the player economy market) to upgrade from the starter ship in no time at all. 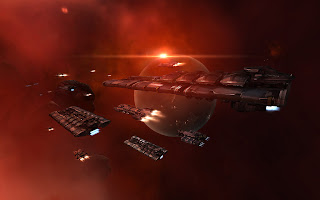 Stunning graphics is one of the very first things you will notice on entering the world of EVE ONLINE®. Within the seemingly endless vastness of space, you will find moons and planets and nebulas in a beautiful array of colors and textures, Asteroid belts with these vast space boulders of varying size and mineral content, all which you are able to mine for resources needed to build your own ships, weapons, and space stations. Jump–Gates to jump you from one sector to another. Billboards with everything from advertisements to safety warnings to wanted posters of the most notorious players are found on either side of most of the Jump—Gates. Space Station around nearly every moon in secured space.
At most default space stations in the game you will find agents that you can accept missions from, some of which are storyline missions. With each completed mission you receive various reward, bonuses for completing within a certain time frame and standings points. The better your standings with a faction the better rates for repairs and insurance. 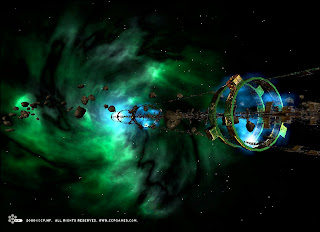 In conclusion, I give EVE ONLINE® a 5 star rating for content, graphics, enjoyment and variety and winning tutorial. I suspect you will too. So why not run to your nearby software vendor and pick up the DVD or grab the free trial today and begin your journey through the EVE ONLINE® universe.